"Sweaty" started out as a humanoid robot playing football, which has been competing against other humanoid robots from international colleges and universities at the RoboCup World Cup in Brazil since 2014. In the meantime, it has become a multidisciplinary project that also involves interaction and imitation of movement patterns, e.g. in a game of chess against a human opponent.

Sweaty is an exciting project for a wide range of disciplines, where you can apply and expand your technical know-how as well as demonstrate your team skills in cooperation with various disciplines within the framework of the competition.

Sweaty is a largely autonomous robot. The goal of the project is to develop a robot that can compete against and defeat the local football world champion by 2050.

To achieve this, modern designs and manufacturing methods are implemented by our team and complemented by creative ideas. Our research covers a wide range of technologies such as motion analysis, control and artificial intelligence (AI) and much more. Here you can find an overview of the technology used. 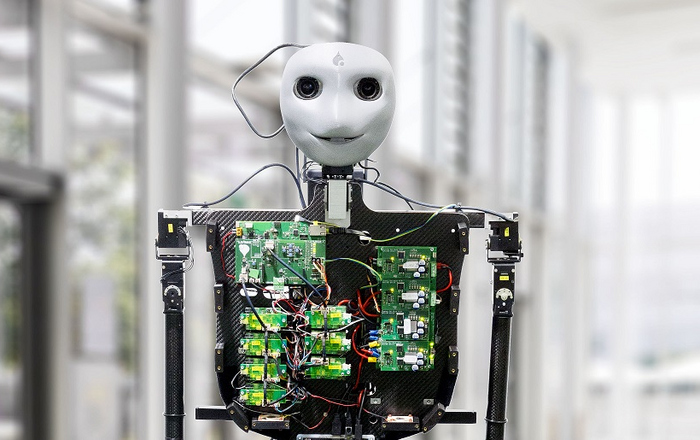 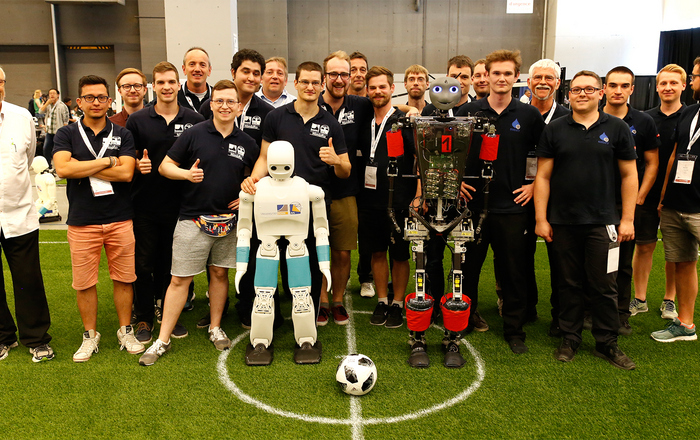 A great success for the two Offenburg-University teams: Both were able to defend their vice-world champion titles at the RoboCup in… 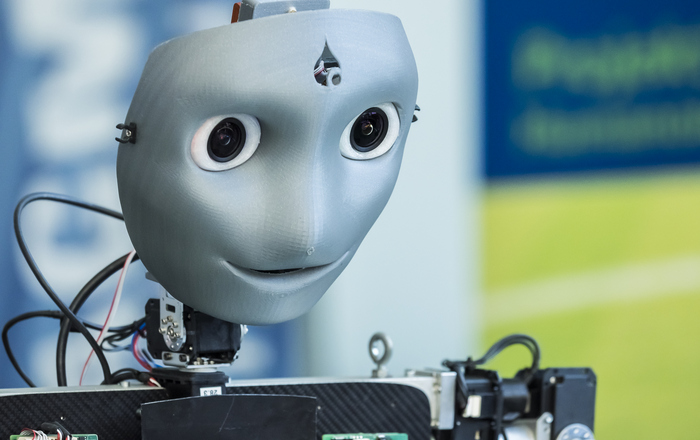 Offenburg’s Robo Kickers off to Robot World Championships in Canada

The University's teams Magma and Sweaty are optimistic about this year's RoboCup in Montreal, Canada. The two vice world champions made… 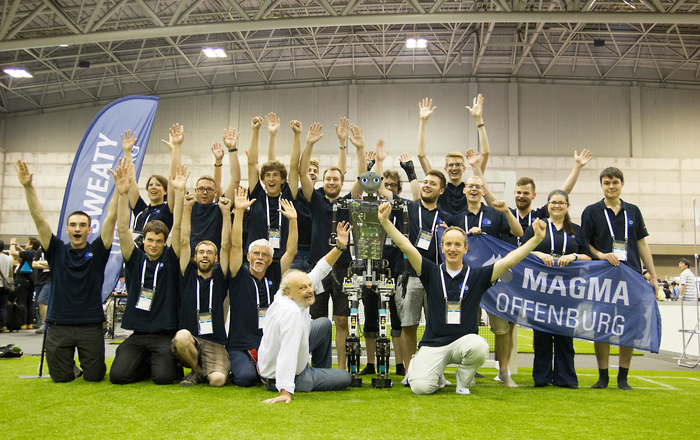 Teams Sweaty and Magma Both Vice-Champions at RoboCup in Japan

Sweaty, the humanoid soccer-playing robot of Hochschule Offenburg, defended its vice-championship title at this year's RoboCup in… 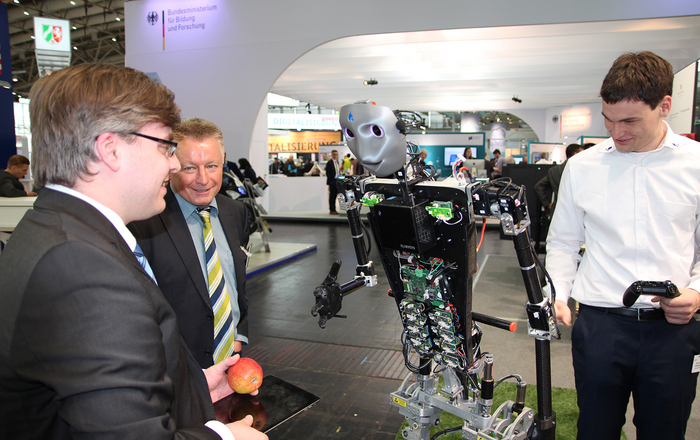 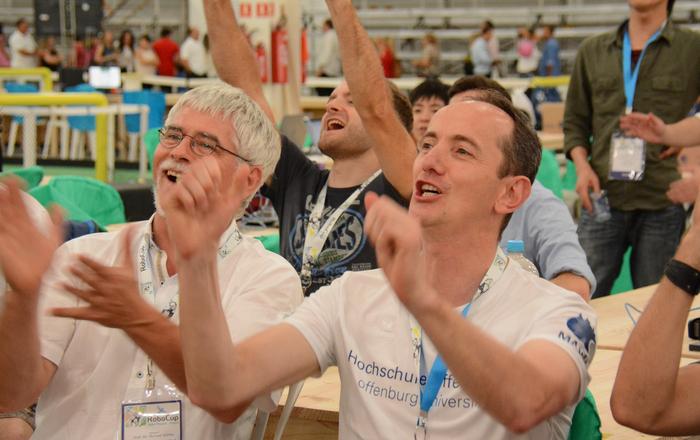 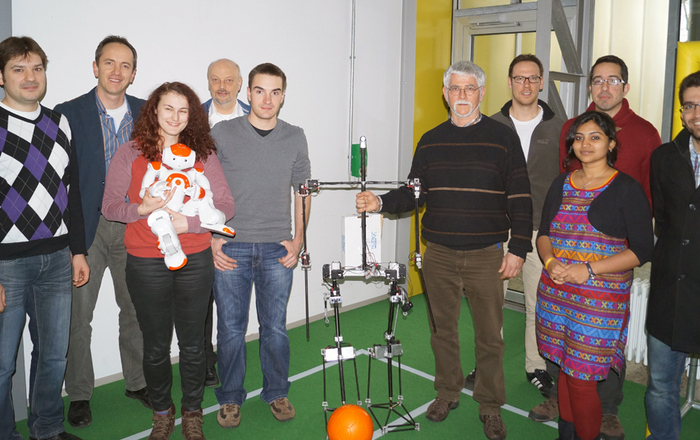